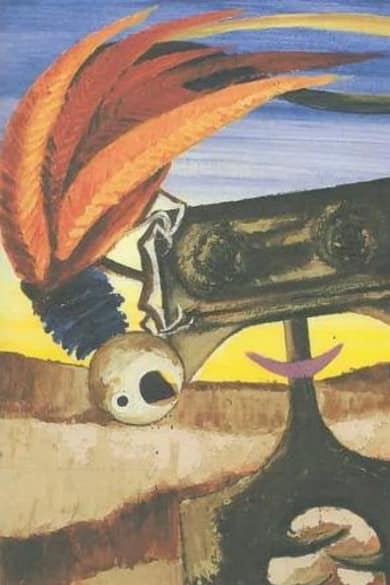 In a landmark decision that will rock the Australian art market, Sydney barrister Louise McBride has won $118,718 in damages from the international auction house Christie's and others over the sale of a fake Albert Tucker painting for $75,000 in 2000.

Justice Patricia Bergin, of the Equity division of the Supreme Court, has ruled that Christie's should pay 85 per cent of the damages. The man who consigned the painting to Christie's, Alex Holland of Holland Fine Arts, will pay 10 per cent and Ms McBride's art adviser, Vivienne Sharpe, 5 per cent.

The case clarifies the obligations of players in the art world, when they hold themselves out as experts, and the steps they are expected to take to establish the authenticity of the works they sell or recommend to clients.

"I am just so happy," said Ms McBride, adding that the ruling had lifted the lid on "dubious practices in the art world. It's really made new law".

Justice Bergin said Ms McBride had made out her case of misleading and deceptive conduct by all three parties under the Trade Practices Act and breaches of the Fair Trading Acts in NSW and Victoria. She also found that Christie's had engaged in deceit and unconscionable conduct.

In most cases, when a buyer discovers they have bought a fake, the matter is settled quietly and the painting disappears from view. This is what happened in relation to three fake Brett Whiteleys that were passed off as real between 2007 and 2010.

Ms McBride, however, did not discover that her painting was a fake for almost a decade. It hung in pride of place in her home and was much admired. But when she went to sell it, another auction house sounded the alarm.

In the course of preparing for the trial, she discovered that Christie's suspected soon after they sold her the artwork in 2000 that the painting was "problematic".

They consulted experts in Melbourne, who confirmed it was probably fake. Yet, rather than tell Ms McBride, Christie's instead proceeded to sell another fake Tucker at their next auction.

Justice Bergen rejected Christie's claim that Ms McBride was barred from bringing an action because more than five years had passed since the sale. In the case of a forgery, the cause of action arises when the defect is discovered, she ruled.

Justice Bergin also found that Ms McBride was entitled to damages over a separate claim against her agent, Ms Sharp, arising out of the sale of a Jeffrey Smart painting.

Ms Sharp had urged her then friend to take a guaranteed price for the work ahead of auction, which was being offered by auction house Menzies Art Brands.

But Ms Sharp did not disclose that she was entitled to a 30 per cent share of any upside over the guaranteed price. Even though the judge accepted these arrangements were common practice between auction houses and art dealers, she ruled it was a secret commission and should have been disclosed to Ms McBride. The money is sitting in the Menzies' trust fund and will now be paid to Ms McBride.

To view the article, please click on this link:
http://www.smh.com.au/nsw/barrister-louise-mcbride-wins-case-against-christies-auction-house-over-fake-albert-tucker-painting-20141204-11zy98.html