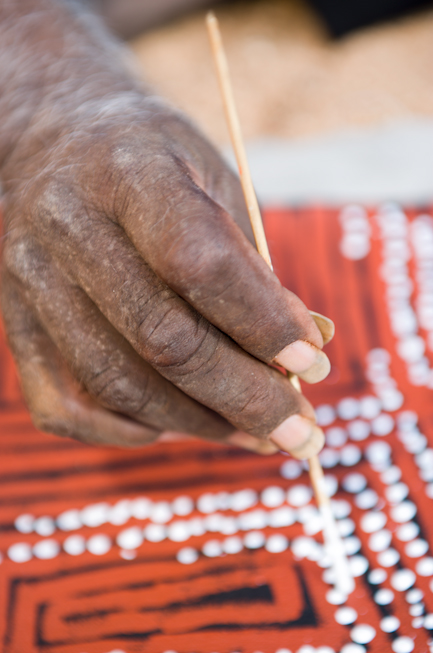 While Aboriginal painting traditions are many thousands of years old, it was not until the 1970s that Indigenous artists began to receive widespread recognition in the West. One of the first, and perhaps most famous, group of Indigenous painters was the Australian Western Desert artists of Papunya Tula.

The styles of the Western Desert were developed for painting on the body or ground but once a local schoolteacher, Geoffrey Bardon (1940 - 2003), introduced paints and canvas to the community, many locals began adapting their styles to take advantage of these new, Western mediums.

The result was a flourishing art movement throughout the Western Desert which saw individuals and communities committing their intricate and interesting stories and unique iconography to canvas. This stimulated an arts industry that now generates around $200 million a year nationally.